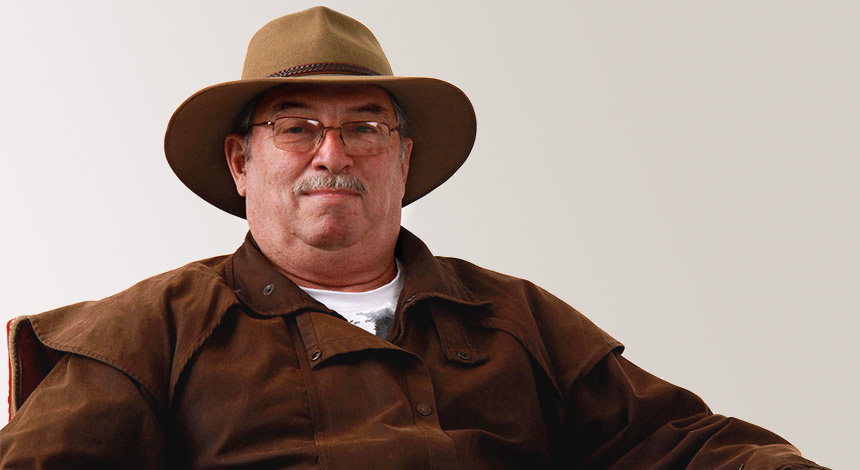 The following interview was conducted on 23 November, 2011.

Barry and his wife Margaret live life to the full. Their love of four-wheel driving and camping has taken them around Australia, and even Barry’s diagnosis of sleep apnea in 2000 didn’t deter them.

They are both active members of the State Emergency Service (SES), and found themselves working ten-hour days to help in the deployment of volunteers during Cyclone Yasi in early 2011.

Twelve years ago Barry couldn’t have worked a ten-hour day. He would snore at night and fall asleep during the day. He had to restrict himself from driving after lunch. He had already fallen asleep at the wheel twice, and he knew he couldn’t do it again.

"It wasn’t until the second time that he fell asleep while he was driving that he finally went and did something about it."

Margaret had been trying for ten years to get Barry to see a doctor about his condition. “It wasn’t until the second time that he fell asleep while he was driving that he finally went and did something about it." Margaret and Barry were married in their early 40s, but Margaret suspects that Barry’s sleep apnea had been plaguing him for years before their marriage.

"It was obviously a long-term problem. And I wasn’t the only one who was worried. I spoke to one of his work colleagues one day and he said to me, ‘You’ve got to do something! He goes to sleep in the middle of a conversation.’"

Barry was also concerned. "I knew I had to do something about it," he says. "I was falling asleep in the lunchroom at work. Lucky I was the manager!"

His doctor sent him for a sleep test, which was conducted at a nearby hospital.

"I had all the wires attached to me for the test and was diagnosed with sleep apnea," Barry says. "They told me I needed positive airway pressure therapy. It took a couple of months to get used to it, but I persevered. Once you realise how important it is, you just have to do it. I can’t sleep without my therapy device now."

For both Margaret and Barry, the changes were immense. Margaret describes Barry as having much more energy and being calmer. "He was less argumentative! But of course he was not so tired, so he was able to cope with everything much more easily. It made our whole lives better."

"He didn’t fall asleep while I was talking to him anymore! It meant we could just have a normal life without having to take his tiredness into account all the time. I was more relaxed too."

"His snoring had been disruptive at night, but each time his snoring stopped it was worse because that meant he’d stopped breathing. It was very scary."

Barry made sure that he got a device that would run on 12 volt batteries so that they could keep up their travelling and camping. Now their campervan is fitted out with two deep-cycle (120 amp) batteries and they can stay anywhere — all they need is a power connection.

"It’s so much easier with the batteries built into the camper. I used to have them in a carrying box that I would put into the boot of the car and lift out at every stop. These days I can just plug into the batteries as easily as plugging into a normal power point," Barry says.

"We’ve camped all over Australia, and we also travel with our SES work so I need to be able to take my [equipment] with me. I’ve taken it to the US as well. I don’t use it on the plane because it’s hard to get access to a power point, but I use it once we get there. The earlier machines had to be switched over to the different current, but now they can sense it automatically."

Barry’s work in the SES is very demanding and he is often called out to help in periods of extreme weather. "In summer," he says, "it can be very hot in the protective gear, plus you’re very active, climbing around and doing whatever is needed. I’m still able to do that, and I’ll keep doing it for as long as I can. But I know I couldn’t do it without my treatment."

Barry has spoken to a lot of people with sleep apnea over the years, so we asked him why he thought some people might resist the idea of treatment. "Some people think they’re too young for it," he suggests. "They think sleep apnea is an old person’s problem. But I’ve found that isn’t the case. It can affect people of any age."

Finally, we asked Barry and Margaret what advice they would give someone starting out on treatment. "Persevere," says Barry. "And don’t be frightened to ask everyone for advice. Ask the professionals you bought the machine from and ask anyone you know who already uses it. Everyone has a bit of a struggle at first, but stick with it."

And for someone who suspects their partner has sleep apnea, Margaret also recommends perseverance. "We’ve both benefitted enormously from Barry’s sleep apnea treatment."

Disclaimer: Each member story relates to an account of an individual in response to sleep apnea. Their response is genuine, typical, documented and accurate at the time of the interview. However, each individual’s response does not provide any indication, warranty or guarantee that other people will have the same or a similar experience. Also note that responses to treatment can, and do, vary and not every response is the same.

Diana didn’t fit the usual stereotype of a person with sleep ...

Matt had felt tired for over a decade. His partner slept deeply and didn’t notice that he ...