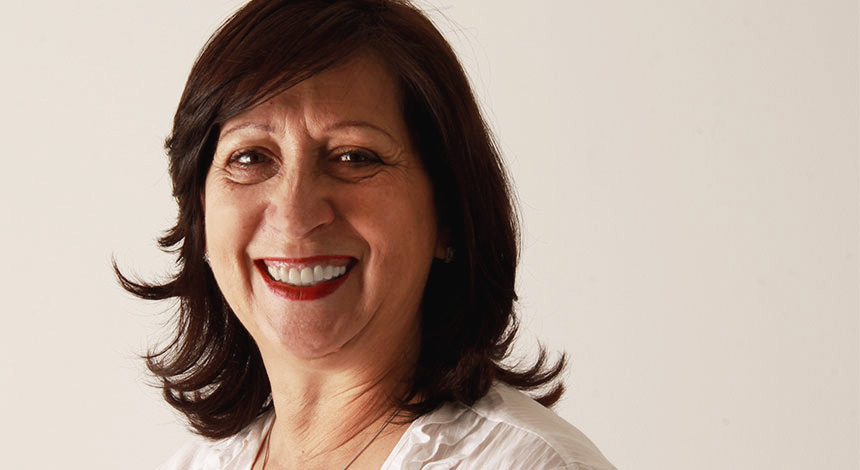 The following interview was conducted on 6 March, 2012.

Can you tell us a bit about yourself?

You were recently diagnosed with sleep apnea. Could you tell us about the symptoms you had when you first consulted a doctor?

I’ve always been tired. Exhausted. For the last 20 years I’ve bragged that I would fall asleep in the dentist’s chair. I couldn’t stay awake when we were driving long distances; I would have to open the windows and tell the boys to talk to me. Even driving from our home in Eastwood to Bondi [in Sydney] was too much. My husband would say, "What’s wrong with you?" And I didn’t know. It’s not like I was running marathons. I didn’t have a high-flying career that’s very demanding. I could stay at home and relax and I would still be exhausted.

How did your doctor respond initially?

I’ve been to many doctors, mainly because my local doctor kept on changing. I have a regular check-up each year but nothing showed up. They would suggest things like depression, especially after my son passed away, but I didn’t think I had depression. I’m a chirpy, happy person — but always tired. Then about six months ago my doctor told me I had developed high blood pressure. He said it was due to menopause and gave me medication for it.

What prompted you to go back to your doctor?

I was snoring heavily for the past year, which had been bothering my husband, keeping him awake. The last straw was when I went to have a facial with a girlfriend recently. We were talking then I noticed she was giggling. I asked why, and she said I had just suddenly fallen asleep and started snoring.

I went back to my doctor and told him I thought I had sleep apnea and wanted to be tested! He gave me a referral to go to a sleep lab for a test to determine if I had sleep apnea. After the test, the physician there told me I had severe sleep apnea. Apparently in one hour I was waking up 30 times — that was once every two minutes! It’s like I was doing marathons through the night. And I wasn’t even aware of it. It’s unconscious waking.

"Now I wake up feeling fresh, and the dark rings under my eyes have nearly gone. I didn’t know what sleep was until I started using my equipment."

How do you feel about positive airway pressure therapy?

The doctor prescribed positive airway pressure treatment. Now I wake up feeling fresh, and the dark rings under my eyes have nearly gone. I didn’t know what sleep was until I started using my equipment.

I’ve got energy now. I don’t need mini-naps during the day. Even when I’ve had an extremely busy day my body might be tired, but internally I am fresh. Last week I took my mask off during the night — my husband said I snored again and kept him awake, and when my friend rang she could tell from my voice that I hadn’t used it. She could hear the tiredness in the way I talked.

Why do you think some people resist the idea of therapy at first?

I think it’s the machinery. They’re scared of wearing an ugly mask at night.

How do you feel about having sleep apnea and taking the test that diagnosed the condition?

I don’t have a thick neck and I was told by the physician at the sleep lab that I’m not the typical person who has severe sleep apnea, but I do have it. I would have stayed at home and lived like this forever if I hadn’t heard of the test. I’ve always been like this — I just thought it was ‘me’, to be tired all the time.

What words of encouragement would you say to someone who suspects they have sleep apnea?

I’ve heard that a lot of people give it up, but I won’t. I know some people are put off because the machinery is quite expensive. That’s true, but if you don’t treat your sleep apnea, you continue suffering the symptoms of sleep apnea that in the long run may be a lot more expensive than buying a sleep apnea machine. I live a healthy life — I eat well, I don’t smoke, I don’t drink. Why wouldn’t I have my sleep apnea treated and stay healthy that way as well?

Disclaimer: Each member story relates to an account of an individual in response to sleep apnea. Their response is genuine, typical and documented. However, each individual’s response does not provide any indication, warranty or guarantee that other people will have the same or a similar experience. Also note that responses to treatment can, and do, vary and not every response is the same.

It was Barry’s wife Margaret who spurred him into action to seek treatment from his doctor for ...

Matt had felt tired for over a decade. His partner slept deeply and didn’t notice that he ...